Episode 07 of The BCSN Nation Podcast

This week we’re back with another episode jam packed with local High School Football action! We welcome BCSN’s GameDay Tailgate football analyst Pat Gucciardo back in the studio to give his thoughts and insight into this weeks topics! We’re talking about the big time Findlay vs Fremont Ross thriller with the controversial call that ended the game in favor of the Trojans. We’re also taking a trip to Whitehouse for the de facto Northern Lakes League championship game between the Perrysburg Yellow Jackets and the Anthony Wayne Generals! Let’s break it down… 👇

Starting off the episode we talked about this weeks Charlies Dodge Chrysler Jeep Ram Player of the Week! The Anthony Wayne Generals have themselves a phenomenal running back in the reigning NLL Player of the Year, Joe Caswell! Anthony Wayne went on the road last week against Bowling Green and the RB ran for four touchdowns in the teams big time win over the Bobcats!

Into this week’s matchups…

The (2-4) Findlay Trojans are on the road at the (1-5) St. Francis de Sales Knights in a Three Rivers Athletic Conference battle! The Trojans are coming off an improbably victory over the Little Giants last week in a wild thriller. The Knights are coming off a loss to the Eagles. Will Findlay keep up the momentum and get their second win in a row? Or will St. Francis rebound and take the battle to Findlay?

We’ll find out…  on to the next game!

The (0-6) Bowsher Blue Racers are taking on the (4-2) Scott Bulldogs in a battle of the City League. The Blue Racers, struggling on the season, are coming off a tough loss at the Glass Bowl against the Waite Indians. The Bulldogs, on the flip side, have had a solid year and are coming off a huge shutout 48-0 victory over the Woodward Polar Bears last week. Will Scott remain dominant and keep their top spot in the City League or will Bowsher step up and get their first win of the season?

You can watch this game on the BCSN Now App.

Next up… we’ve got the Clip of the Week and if you have been paying attention to local high school football over the past week, you’d know what we are about to dive into. Last week, the Findlay Trojans were on the road at the Fremont Ross Little Giants. It was a heck of a game with both offenses battling it out until the very last second. The final score was 50-48 in favor of Findlay, but that does not tell the whole story. The final :47 of the game would see three touchdowns (two offensive and one on special teams). There is no secret that the final play was controversial and absolutely changed the tide of the games outcome. With that said, it was most certainly thrilling and one that has lit up social media as the clip of the play has racked up more than one million views. Here is the play in question… 👇

What an unbelievable finish…

In our Question of the Week we are taking ourselves over to the Central Catholic Fighting Irish to find out if there is any team on the remainder of their regular season schedule that can pose a legitimate threat to take them down! The closest teams left in the TRAC are the (5-1) Clay Eagles, (4-2) Whitmer Panthers, and (5-1) Fremont Ross Little Giants. The records of these teams would indicate that, yes, they would pose a threat to Central right? Well that answer is not so straight forward. We discuss that on the podcast.

This is gonna be a good one…

The (5-1) Perrysburg Yellow Jackets are on the road at Whitehouse taking on the (6-0) Anthony Wayne Generals in what is looking to be the de facto Northern Lakes League Championship! The Yellow Jackets are coming off of yet again another dominating win as they took down the Southview Cougars 44-7. The Generals stayed undefeated last week as they beat down the Bobcats 34-14.

This is a matchup of a high powered Perrysburg offensive with a very solid defense, and a high powered defense with not as much on the offense for Anthony Wayne. With that said, the story in this one is the defenses. Which defense can really over power the other. It’s gonna be a wild one to find out… 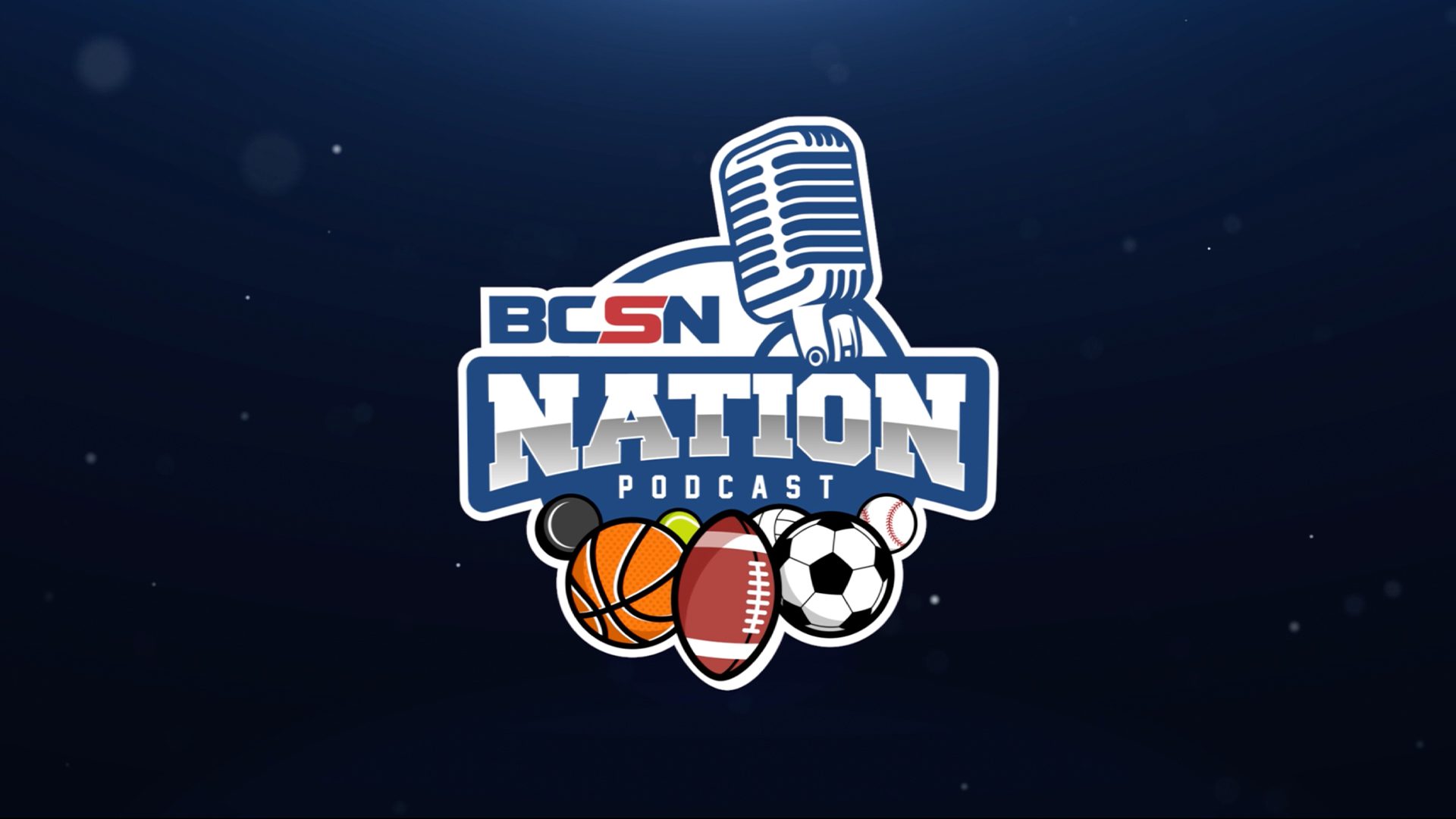 The 2022 High School Football Season is here and BCSN introduces a brand new show to get you involved whether you are on your way to work, coming home from school, or wherever you may be… 𝗧𝗵𝗲 𝗕𝗖𝗦𝗡 𝗡𝗮𝘁𝗶𝗼𝗻 𝗣𝗼𝗱𝗰𝗮𝘀𝘁.

𝗧𝗵𝗲 𝗕𝗖𝗦𝗡 𝗡𝗮𝘁𝗶𝗼𝗻 𝗣𝗼𝗱𝗰𝗮𝘀𝘁 will have brand new episodes every Wednesday at 3pm EST on all podcasting platforms along with video clips of our segments on all of our social media @BCSNSports.

The next episode will air Wednesday, October 5th, at 3pm EST!

BCSN · 19 hours ago
@BCSNsports
A new season is right over the horizon for @BGSUVolleyball 🟠🟤, the Falcons 🏐 are ready for their NCAA Tournament match after recently conquering the MAC! 😃 https://t.co/f0rAXQEbHS
View on Twitter
4
24

BCSN · 20 hours ago
@BCSNsports
The @NVHS_Hockey Wildcats 🏒 grabbed some much-needed momentum for the upcoming conference slate by defeating Newark, 5-0, 🔥 to finish their Cold Turkey Tournament participation. https://t.co/SR8ogbedLg
View on Twitter
0
2
No Result
View All Result